Graduating from the University of Portsmouth in 2002 with a BEng (Hons) in Engineering Geology and Geotechnics Mark moved to Ireland working for a large ground investigation company. Learning fast, Mark was exposed to a broad spectrum of ground investigation tasks throughout Ireland, including: supervising cable-percussive, rotary and window sampling drillers; logging soil and rock; undertaking in-situ testing; sampling and scheduling for laboratory testing and factual and interpretative reporting.

Getting to grips with all aspects of ground investigation works, Mark was soon involved in planning, organising and managing jobs from enquiry to completion.

Moving back to England Mark joined Ground Risk Management Group as a Geotechnical Engineer and was involved in all aspects of ground investigation work, both geotechnical and geo-environmental, further developing skills gained in Ireland. 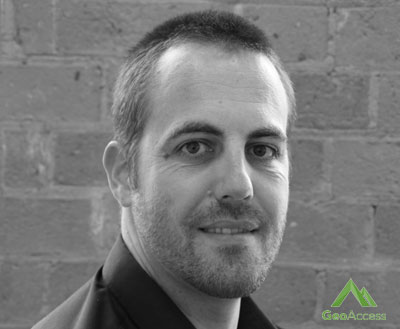 In 2006 Mark began freelance work for numerous consultancies and local authorities throughout the UK, on projects within the private and public sectors, culminating in a contract for Donaldson Associates undertaking desk studies on railway tunnels throughout the UK for Network Rail.

2008 saw a move to BWB consulting as a Senior Geotechnical and Geo-environmental Engineer working on a multi-million-pound land regeneration scheme in Selly Oak, Birmingham. With the project being put on hold due to the recession Mark made the move back to freelance work, becoming Senior Site Engineer for WJ Groundwater on a multidisciplinary dewatering scheme in Preston.

In 2013 while sitting in a hot tub in Preston, recuperating from the endless sleepless nights from his recently born son, the idea of GeoAccess materialised and since then it has been Mark’s mission to develop GeoAccess into a class leader in technical rope access and commercial drone services.

When not at work Mark can be found on the coast or throwing himself down a snowy mountain strapped to a plank of wood or in an aeroplane pulling barrel rolls and loop the loops and spending time with his family.

Graduating from the University of Leeds in 1999 with a BSc (Hons) in Geological Science David started employment as an Assistant Geologist with a large ground investigation company based in Doncaster and quickly progressed into a management role looking after site works on a major framework contact for a national utility company.

This included site supervision of cable-percussive, rotary and window / windowless sampling drill rigs, logging of soil and rock to the British Standard, in-situ and laboratory test scheduling for geotechnical and environmental testing plus factual and interpretative report writing and all associated pre site planning and H&S documentation production.

After a couple of years David moved companies and took the position of Geologist for another large ground investigation company based in Leeds and was involved in many large site investigation jobs based around the UK. 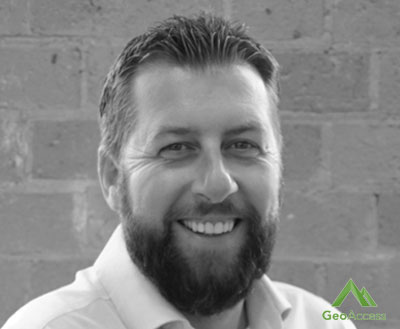 In 2004 the opportunity came for David to fulfil his long term ambition to work in the oil & gas industry and based in Aberdeen he started working for one of the world’s largest oil field services companies flying out to various rigs, platforms and jack-ups working as an exploration Geologist. This also gave rise to an opening much further away and David packed his bags to spend a year working as an exploration Geologist for a large gold mining company in Western Australia.

2006 saw a return to the UK and David made the move to form his own drilling business alongside other freelance engineering work. David worked for multiple site investigation and environmental companies based in various locations nationally and in particular Scotland. David soon progressed to more senior positions and gained much valued experience on many large contracts overseeing jobs from tender stage to completion.

After 10 years at the coal face of earthwork inspections, David realised the opportunity to leap back into self-employment, so in 2019 joined the GeoAccess family at a very exciting time in the companies growth and takes the position of Operations Director.

When not at work you can find Dave walking and climbing in the nearby Peak District, travelling and spending time with the family.

Robin started out in Rope Access in 1995 as an IRATA Level 1 technician and began working for a Sheffield company installing roof safety systems, repairing and maintaining shopping centre smoke vents as well as various other maintenance and repair jobs.

Having gained a thirst to progress, Robin quickly became an IRATA Level 3 and began supervising a four-person team for a national window cleaning company. As the lead Level 3 for that company, Robin began planning work, co-ordinating teams, scheduling and creating risk assessments and method statements.

At a Level 3 revalidation Robin became interested in the instructional aspect of Rope Access and soon gained his trainer certification and embarked on instructing Level 1, 2 and 3 qualified individuals at Access Techniques in Sheffield.

After 3 years instructing Robin began his career in the Rail Sector, supervising a rope access de-vegetation team on a seasonal basis for Kraven Enterprises. 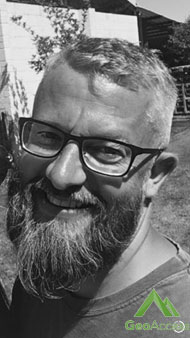 This then evolved into working solely for GeoAccess as a Level 3, supervising Level 1 Earthwork Examiners all around the UK and resulted in Robin joining the GeoAccess family as the Accountable Manager Working at Height Operations. Robin will be working closely with the Directors to further enhance our first-rate Rope Access Services Division providing a range of high quality services to our clients.

When not managing rope operations Rob can be found riding his Ducati, spending time with his family and keeping fit.

After far too many years of the 9 to 5 routine, Rob decided on a major career change. Having an interest in geology from childhood, volcanoes and earthquakes especially, he decided that would be his career goal. Putting himself through university as a mature student and following three years of hard and enjoyable study, Rob graduated with a first in Applied Geology from the University of Sunderland.

Following graduation, Rob joined WSP as a Geo-Environmental Engineer in 2005 and gained a thorough grounding in Phase-1 Desk Studies and Phase-2 Intrusive Ground Investigations. Three years later saw a move to Capita Property & Infrastructure as an Engineering Geologist in a similar role but with greater emphasis on project management and reporting aspects.

As the recession began to bite Rob made a major decision to head out to Australia in 2011 to work in the mining sector. Joining the Moultrie Group based in Brisbane initially in their Database & Modelling Division, Rob worked on several major projects producing Tenement Reports and Geological Reviews in support of coal exploration applications by mining and exploration companies. 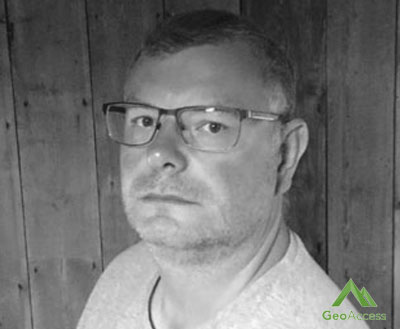 A move to the Geology Division as an Exploration Geologist resulted in a field deployment on behalf of Anglo-American in the Central Bowen Basin, Queensland, engaged in Exploration Permit Area and near-mine coal exploration drilling, practising what he likes to call “proper geology” and thoroughly enjoying it. Alas, it was not to last as a downturn in coal demand forced a move back to the UK.

Upon returning to the UK in late 2012, Rob embarked on freelance work mainly with Amey Consulting as a railway Earthworks Examiner. Forming a key part of the earthwork review team for the Network Rail & Amey Vulnerable Asset Initiative, Rob assisted in identifying and assessing earthworks impacted by the 2013 winter storms and flooding in the south and south-east of England. Rob was also engaged in carrying out visual and tactile structure inspections of signal posts & signal lighting arrays and cyclical earthwork inspections on Network Rail managed infrastructure.

Having flown drones recreationally for a couple of years and seeing how the commercial sector was expanding rapidly Rob wanted to be a part of it and soon qualified as a commercial drone pilot receiving a Permission for Commercial Operations from the Civil Aviation Authority in 2017. Early in 2018 Rob joined the GeoAccess family as the Accountable Manager – UAV Operations and will be working closely with the Directors to develop a first-rate Commercial Drone Services Division, both aerial and submersible, providing a range of high quality services to our clients.

Outside of work Rob can be found with fishing rod in hand drowning worms and casting lures around the shores of the UK. Some claim he is “beyond fanatical” when it comes to angling but he says, “I’m just very keen.”

Our management team is supported by a highly skilled group of civil and geotechnical engineers, geologists and environmentalists all of whom share a passion for delivering the best service possible.